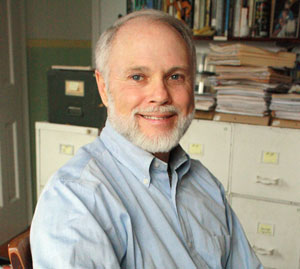 Ralph Keyes is an author, speaker and teacher. His 16 books deal with topics ranging from time pressure to human height. Keyes’s bestseller Is There Life After High School? was made into a Broadway musical that is still produced in this country and abroad. Since its 1995 publication his book The Courage to Write has become a standard work among aspiring writers in particular. Keyes’s recent books have focused on language. Euphemania: Our Love Affair with Euphemisms is his latest.

In addition to his many books, Ralph has written hundreds of articles and essays. One article he co-authored won the McKinsey Award for Best Article of the Year in the Harvard Business Review. A list of his articles follow, some of which are reproduced in their entirety.

END_OF_DOCUMENT_TOKEN_TO_BE_REPLACED

In addition to writing books and articles, Ralph lectures on subjects such as “The Courage to Write,” “Is There Life After High School?” and “Whoever Makes the Most Mistakes Wins.” This section will tell you about the many programs Ralph offers, his previous speeches, and those that are upcoming.

END_OF_DOCUMENT_TOKEN_TO_BE_REPLACED

Ralph is often asked about how he writes his books, and where. This section includes a virtual tour of Ralph’s office, and the archives that house his research materials. It also includes a look at Ralph’s toaster museum.

END_OF_DOCUMENT_TOKEN_TO_BE_REPLACED

Ralph has appeared often on such NPR programs as All Things Considered, Talk of the Nation, and On the Media. On television he’s been a guest on The Oprah Winfrey Show, The Today Show, The Tonight Show, ABC World News Tonight, and 20/20. He also has been a frequent guest on local TV and radio programs in this country and abroad. The Voice of America has also conducted interviews with him.