Members of the national media have frequently covered Ralph’s work. This began with an appearance on NBC’s Tomorrow Show where Tom Snyder interviewed Ralph about his first book, We, the Lonely People.

His next book, Is There Life After High School?, excited unusual media interest, including an hour-long interview of Ralph by Phil Donahue Show and a subsequent appearance on the Tonight Show with Johnny Carson. 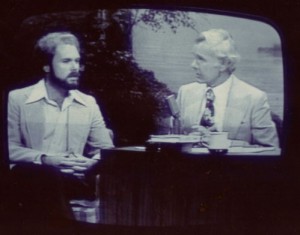 For a segment on high school reunions, ABC’s World News Tonight interviewed Ralph about that subject. Ralph later joined Oprah Winfrey and some of her high school classmates on The Oprah Winfrey Show to discuss memories of high school. As a reward Oprah gave him this mug. 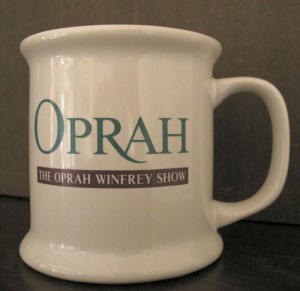 Sally Jessy Raphael also interviewed Ralph about Is There Life After High School? as did Susan Stamberg on NPR’s All Things Considered.

His next book – The Height of Your Life – was also the subject of an All Things Considered interview. Ralph then discussed this book on The Today Show and on CNN during its first week. He stumped the panel on To Tell the Truth, all of whose members picked his (shorter) confederates as the most likely author of The Height of Your Life. That book later inspired an interview with ABC’s Lynn Sherr for a 20/20 feature on human height and prompted a profile of Ralph by People magazine.

People interviewed Ralph again about his next book, Chancing It: Why We Takes Risks, and ran this picture of him and his wife Muriel daring to play basketball with their son David. 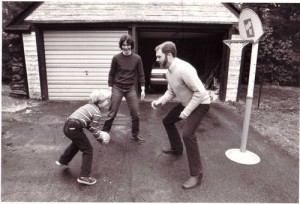 Terry Gross also interviewed Ralph about Chancing It on her NPR show Fresh Air, as did NPR’s Diane Rehm.

“Nice Guys Finish Seventh”: False Phrases, Spurious Sayings and Familiar Misquotations was the focus of a unique joint interview by co-hosts Robert Seigel and Noah Adams on All Things Considered.

CNN’s Sonya Friedman discussed Sons on Fathers with Ralph on Sonya Live. He later discussed that book on CBN”s 700 Club, then appeared on that show talking about Timelock: How Life Got So Hectic and What You Can Do About It.

During his first week on XM satellite radio, Bob Edwards interviewed Ralph about The Post-Truth Era for The Bob Edwards Show. That interview can be heard here.

The Quote Verifier: Who Said What, Where, and When was the subject of a Talk of the Nation conversation with Neal Conan that can be heard here

In a subsequent appearance Ralph discussed “retroterms” with Conan and Talk of the Nation listeners. He then talked about this topic with Brooke Gladstone on NPR’s On the Media.

Ralph has been interviewed on many radio programs about his book Euphemania. They included All Things Considered,

Talk of the Nation,

and Voice of America’s Wordmaster program.

Hundreds of local television and radio show hosts have interviewed Ralph over the years, as have members of the print media. Columnists for newspapers ranging from the San Francisco Chronicle to the Columbus Dispatch write about him regularly.

On the Internet Ralph’s books have been a common topic of discussion, The Courage to Write in particular. An interview with Ralph on this subject can be found on the website Writer Unboxed.