For the past several years I’ve collected toasters and other housewares. I especially like the shiny, chromy, art decoish ones from the 1930s-50s. Here’s a picture of my toaster collection, along with some waffle irons, blenders, mixmasters, percolators, cocktail shakers, seltzer bottles, and hair dryers that I’ve picked up along the way. 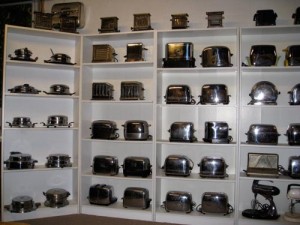 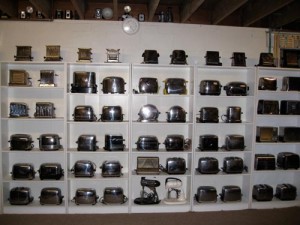 This is the gem of my collection, a 40s-era “Toast-O-Lator” that toasted bread by moving it in one side and out the other, on a conveyor belt. (The faster the belt was set to move, the lighter the toast came out.) 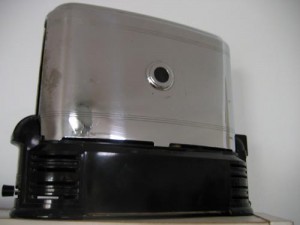 I also like this Toastmaster single-slice toaster from the mid-1930s. 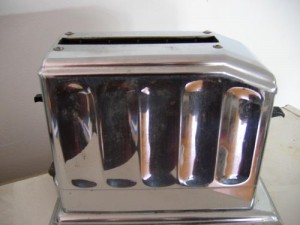 The “half-round” Sunbeam from the early 1940s has unusually nice curves. 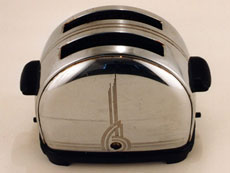 Here is one of my favorite waffle irons, from the 1920s. 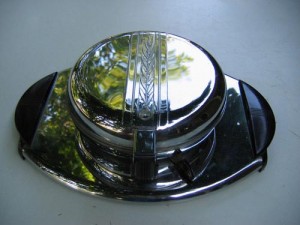 And this hairdryer that looks like a radio studio microphone. 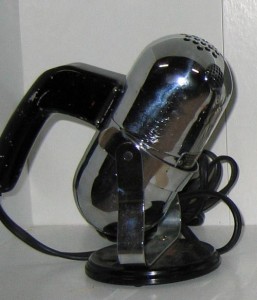